“Libby, the baby’s coming!” With those few words started a week of highs and lows that I now have time to share with you. Enya, our beautiful, solid brown 3-year-old, gave birth to her first cria (baby alpaca).

By the time I reached her in the field, the front feet and head were already out. Enya was lying down, not the best position for a cria to unpack (be born) but it seemed to be coming out easily enough. My pulse was racing, I was garbling out instructions for the children to bring things, including hot water and towels, and I was phoning everyone I could think of that could talk me through the process in case I had to intervene. 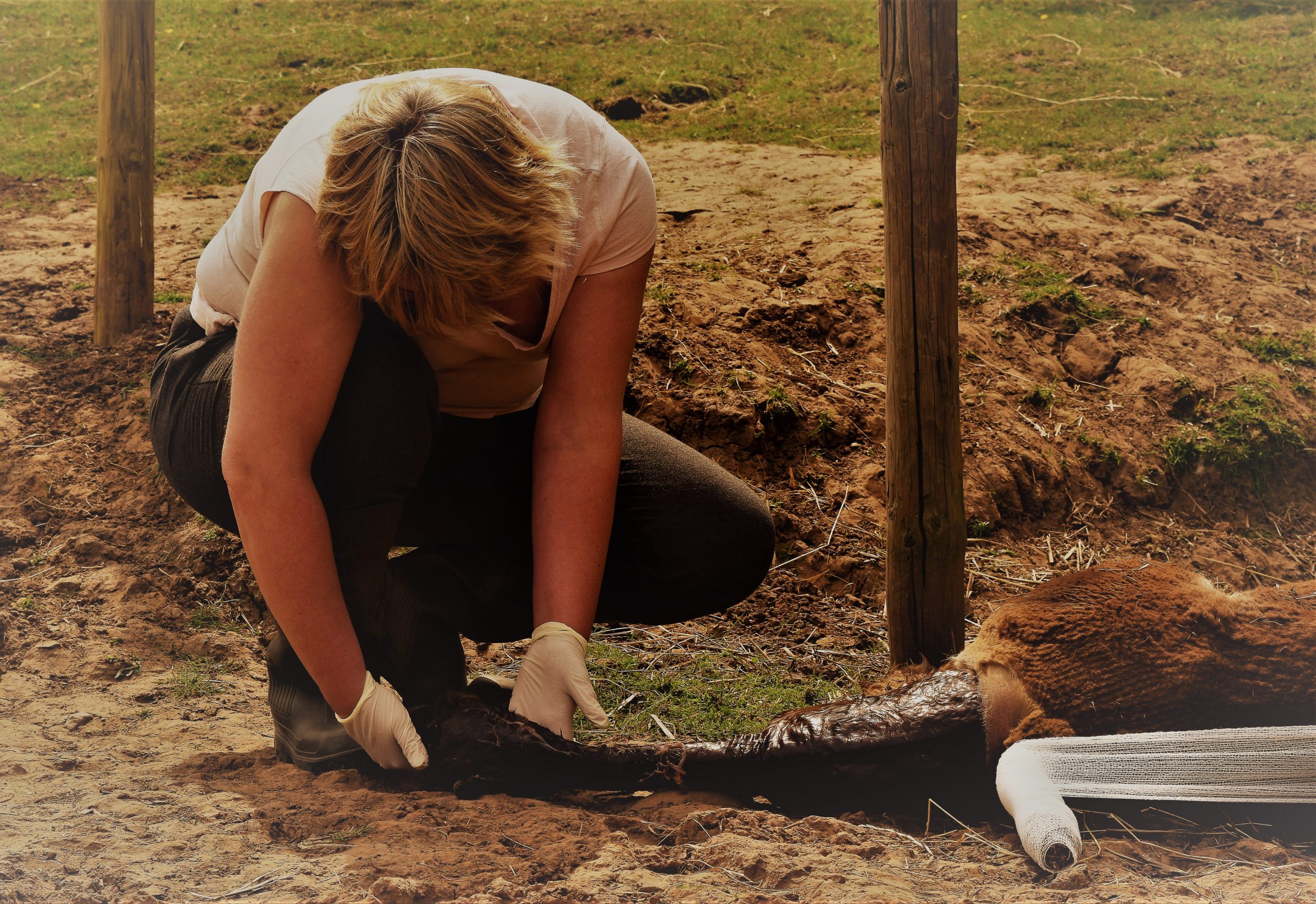 I remembered to tie Enya’s tail up out of the way, and then the lovely Steve of Ashwood Alpacas called me back and talked me through what to do. At one point he ended up talking up Enya’s bottom. When I moved the cria round to Enya’s head I dropped my phone, Enya decided to move slightly and ended up sitting on my phone, I won’t go into detail about what it was now covered in. Thank God for gloves and loudspeakers. (I have since disinfected my phone) 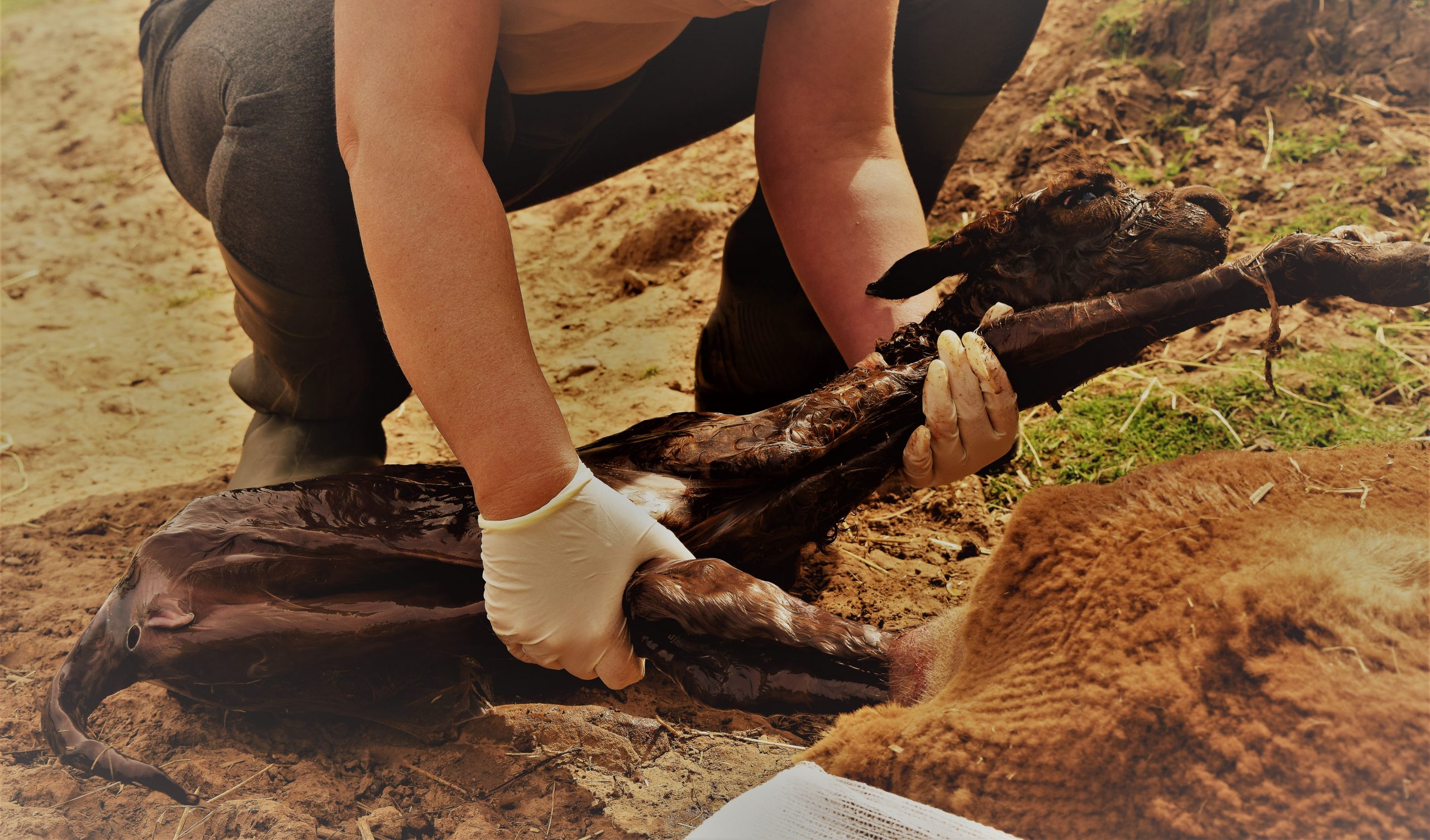 The marvellous Kate Kerry of Chase View Vets had responded to my panicked call of 30 mins before and arrived just after the baby was born. Animals generally do these things a lot faster than humans, no 56-hour labour for Enya to endure! Kate agreed that everything seemed to be looking good and, all we had to do was stand back and watch. Enya had ignored the manual that says that alpacas usually give birth in the morning, but it was a warm, dry day and everything had gone like clockwork so far – spoke too soon.

The cria arrived at 2.30 pm on Monday 18th May and now the clock is ticking.

We had one or two of the family in the field on cria watch from the sidelines all afternoon. One of the most commonly recommended pieces of equipment for a new breeder is a piece of rope to tie yourself to a chair outside the field to stop you interfering. It is exceedingly difficult not to cuddle the bundle of cuteness. At 6.30 pm the afterbirth finally appeared. It was perfectly intact, but, now what do I do with 5kgs of bloody alpaca insides on a hot sunny evening- stick it into several layers of plastic bags and into the freezer to deal with at a later date of course.

We were now getting time-critical. Enya had only 2 hours left to get the good stuff into the cria. An hour later Mum was still not showing much interest in her baby so we called the vet.

There we are in the fading daylight holding Enya on her side while the Vet tries to get the baby to latch on and suckle, and, also milking Mum to give to baby via syringe. We decide we need to get some colostrum. Fortunately, a friendly dairy farmer had frozen some fresh cow colostrum for me a few weeks earlier just in case. Cow’s milk is fine for alpacas but, goat’s milk is preferable as a replacement if Mum has no milk. Enya and her baby were put in a small pen so that hopefully between them, they would work it out. We continued to feed the baby with the cow colostrum every 2 hours through the night. We tried to milk Enya again at 1 am but it was not very successful. We decided we were not achieving enough to warrant the stress it was causing to Mum and baby so stuck to just syringing the cow colostrum into the baby’s mouth.

If a cria does not get milk from Mum FPT is a real concern. To resolve FPT a blood plasma transfusion is often recommended. Indeed, the big breeders will have plasma prepared from their own herd in advance of the “unpacking season”. We did not. We have a cria born late in the day, not suckled from Mum at all and given cows colostrum, not goats – we were just waiting for something to go wrong.

Next morning, Kate the Vet comes to check the baby over and takes some blood samples to check for signs of infection and hydration levels so we can decide if we need to order a bag of plasma from the Pet Blood Bank, just in case. The blood samples look perfect, the cria is feeding well from the bottle and is lively and inquisitive.  Kate the Vet has put us in touch with a local goat farm and we now have 5 litres of fresh raw goats’ milk in the fridge. Enya is taking an interest, although still behaving more like a big sister than a Mum, all seems well so we decide not to order the plasma.

48 hours later we were really wishing we had ordered the plasma.

See episode 2 of Unpacking a Monkey for what happened next. 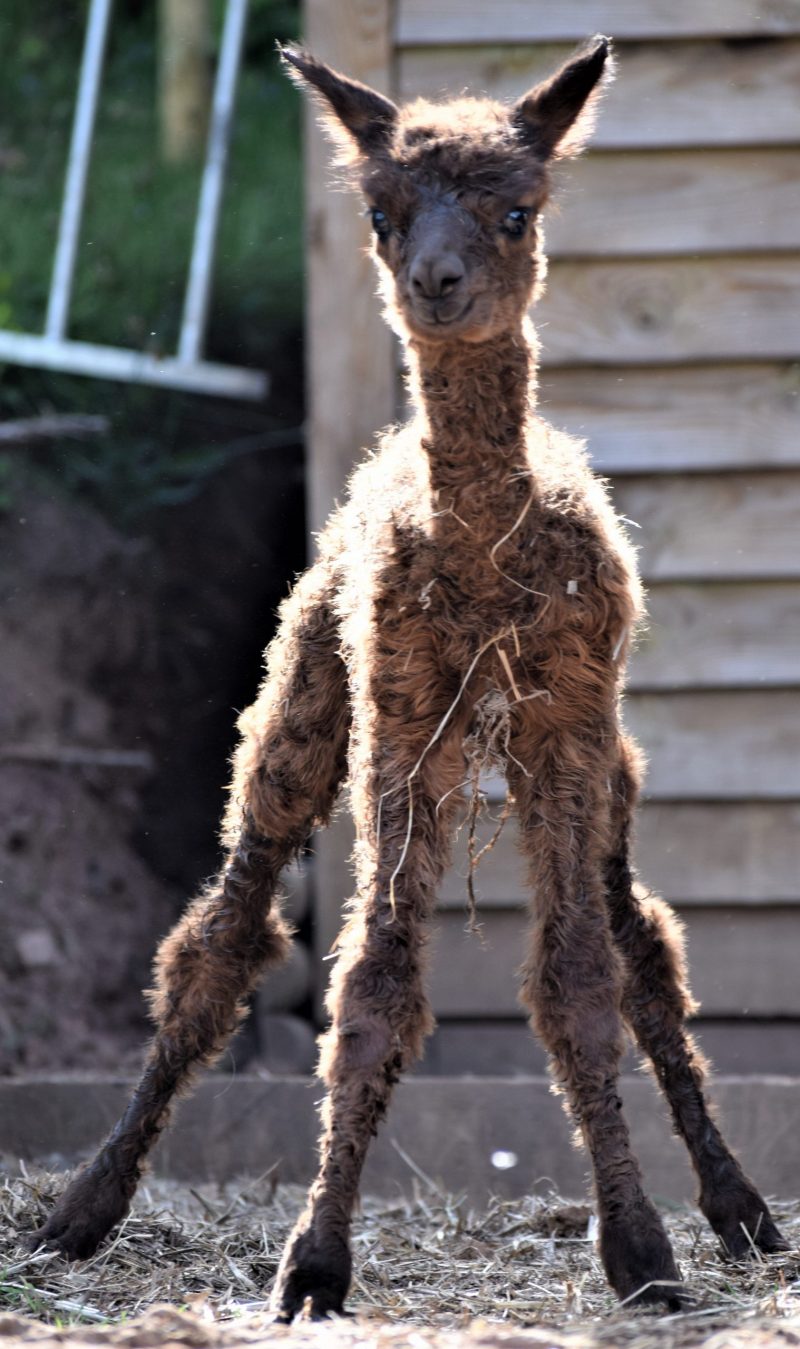